Just a quick update and insights on picking the correct games for LTD2.

As you may know, I’ve now started to publish some of my own selections once again on the site, but wanted to just touch on the best leagues to use if you are picking your own trades.

With the major European leagues not due to start again until September, we are currently trading the Summer leagues.

I generally like the Swedish leagues for LTD, however, this season the Allsvenskan and Superettan have not been good.

As you can see below for the Swedish Allsvenskan, 37% of the matches this season have been a draw!

The Superettan hasn’t fared much better either with 33% of matches a draw and only 2.67 goals per match.

When trading or betting, we need as much of an edge as possible in order to win consistently.

It is, therefore, a no brainer to avoid most of the games in these leagues at this time.

Now compare those above to say the Australian A-League.

The Norwegian Eliteserien is usually good. Lets take a look at that one.

Then there’s the Norwegian 1st Division.

May favourite leagues are definitely the winter leagues though such as the English Premier, Italy Serie A, German Bundesliga etc.

I will generally avoid the Brazilian leagues as they are usually low scoring. I also don’t like the Portuguese leagues much either.

There are of course no guarantees that a game won’t be a draw at 60/65′ or at full time, but like I say, any advantage/edge/insight that we have pre-match can only help us in the long run. 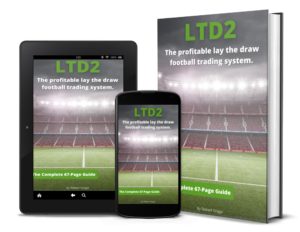