One of the primary reasons that the vast majority of traders fail is that they are constantly looking to avoid pain.

But what do I mean by ‘avoiding pain’?

You may remember that I have spoken a lot in my previous articles about cutting losses early and letting winning trades run and this is where the ‘pain’ element comes in.

END_OF_DOCUMENT_TOKEN_TO_BE_REPLACED 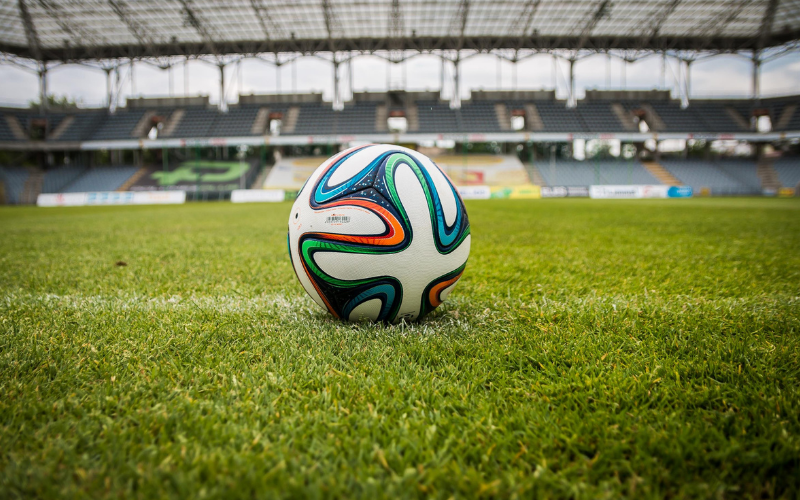 With the Winter football leagues drawing to a close in May, I thought it would be good to give you the lowdown on what I believe to be some of the best leagues for football trading over the summer months.

The reason for this is that these are the leagues that year after year, consistently produce the most goals per game.

For example, in 2020/21 each of those leagues produced the following goal averages.

As I write this, these are the stats for the same leagues for 2021/2022 according to the Footystats website.

So pretty consistent, although Serie A is down on last year and has some work to do to hit last year’s 3.06. France and Spain have both been on the low side as was the case last season.

It doesn’t mean that I won’t look at other leagues. It’s just that I can usually find a sufficient number of trades from these leagues without going mad and over-trading.

The low-risk strategies that I use including the 5K Challenge and LTD2 are strategies that look for goals so it’s only logical that if I want goals I should trade the leagues with the best goal averages per game.

So what are the best summer leagues to trade?

Ok, so let’s look at the leagues that can be good to trade during the summer period.

First, we will look at the average number of goals for the last season.

Which leagues are the best for O2.5 and BTTS?

As you may know, my 5K Challenge strategy predominantly looks for teams that have had a high combined total of O2.5/BTTS games.

So which are the best summer leagues for these two markets?

Let’s have a look.

So as you can see from the data above for the 2020/2021 season, the two top leagues were in Norway and would be an obvious choice when looking for goals.

Are there any other leagues to trade during the summer?

Yes, there are a few you may want to check out.

So a bit lower than the leagues listed further up, but worth a look just the same.

The Chinese Super League is up and coming and where a lot of top professionals head when they are close to hanging up their boots. Not so much because of the quality of the football, but rather the big pay cheques that are on offer.

Then there is the little known, Singapore S League. With a staggering 3.98 goals per game on average in 2021, backing the unders could be a really bad move here!!

Liquidity may be low, so always check that. Also, check that the matches are going in play.

We also have the Japanese J League with games being played early in the day. With 2.43 goals per game in 2021, I can’t say I am a massive fan, however, it may be one you wish to check out.

Other than that there are the South American leagues such as those in Brazil and Argentina. Personally, I avoid these as they are not only generally low scoring but also played well past my bedtime.

When the winter leagues come to a close, your football trading doesn’t have to end. There are still opportunities to be found in many of these other countries.

The Norwegian leagues are a favourite of mine, especially the Eliteserien.

The Swedish Allsvenskan is another league I will usually trade over the summer months.

Both of these leagues are well established, produce a fair number of goals and have good liquidity on Betfair.

Whichever leagues you decide to trade, I wish you all the best of luck over the summer!

If you want to learn how to make a consistent profit football trading, check out my range of football strategy ebooks. 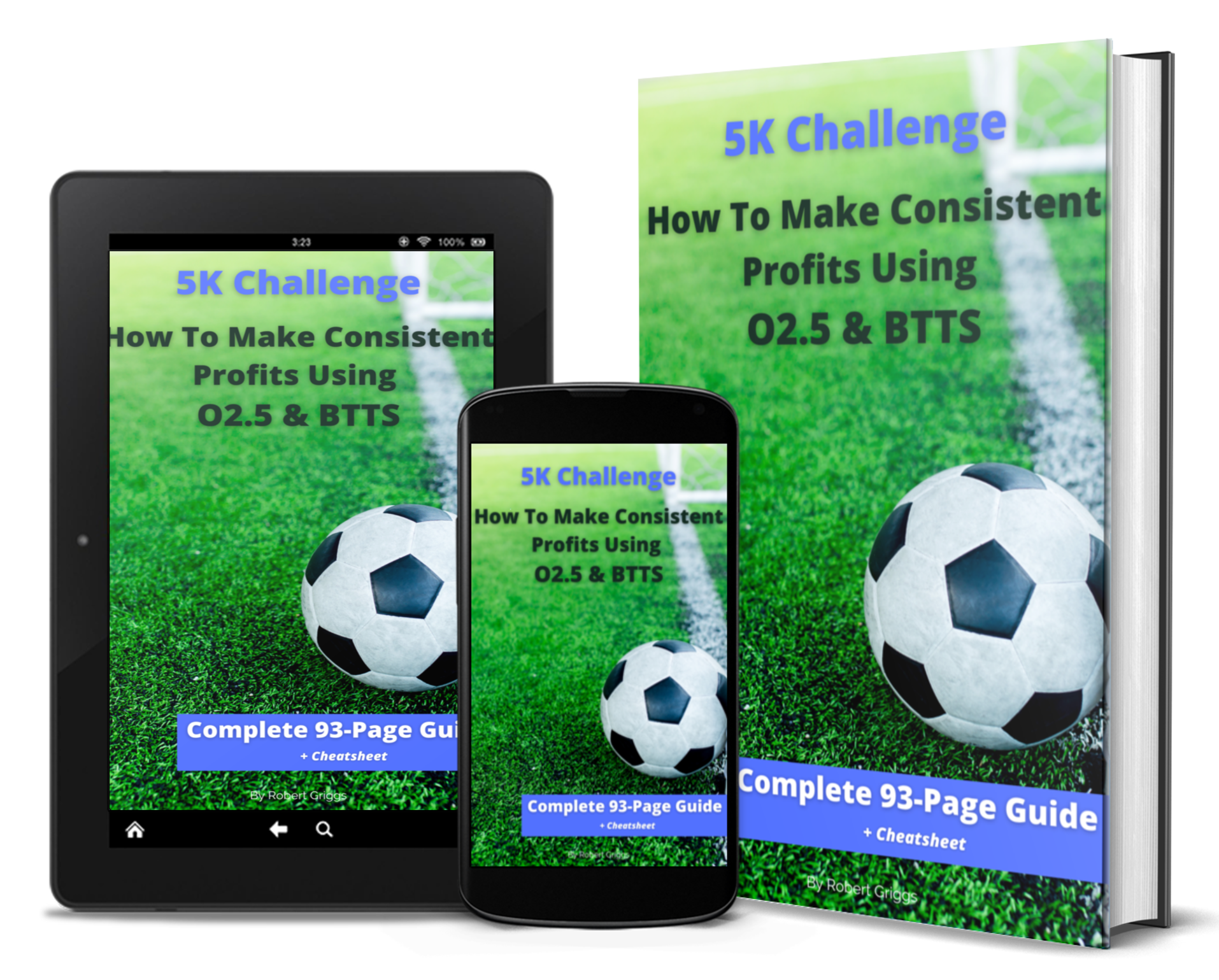 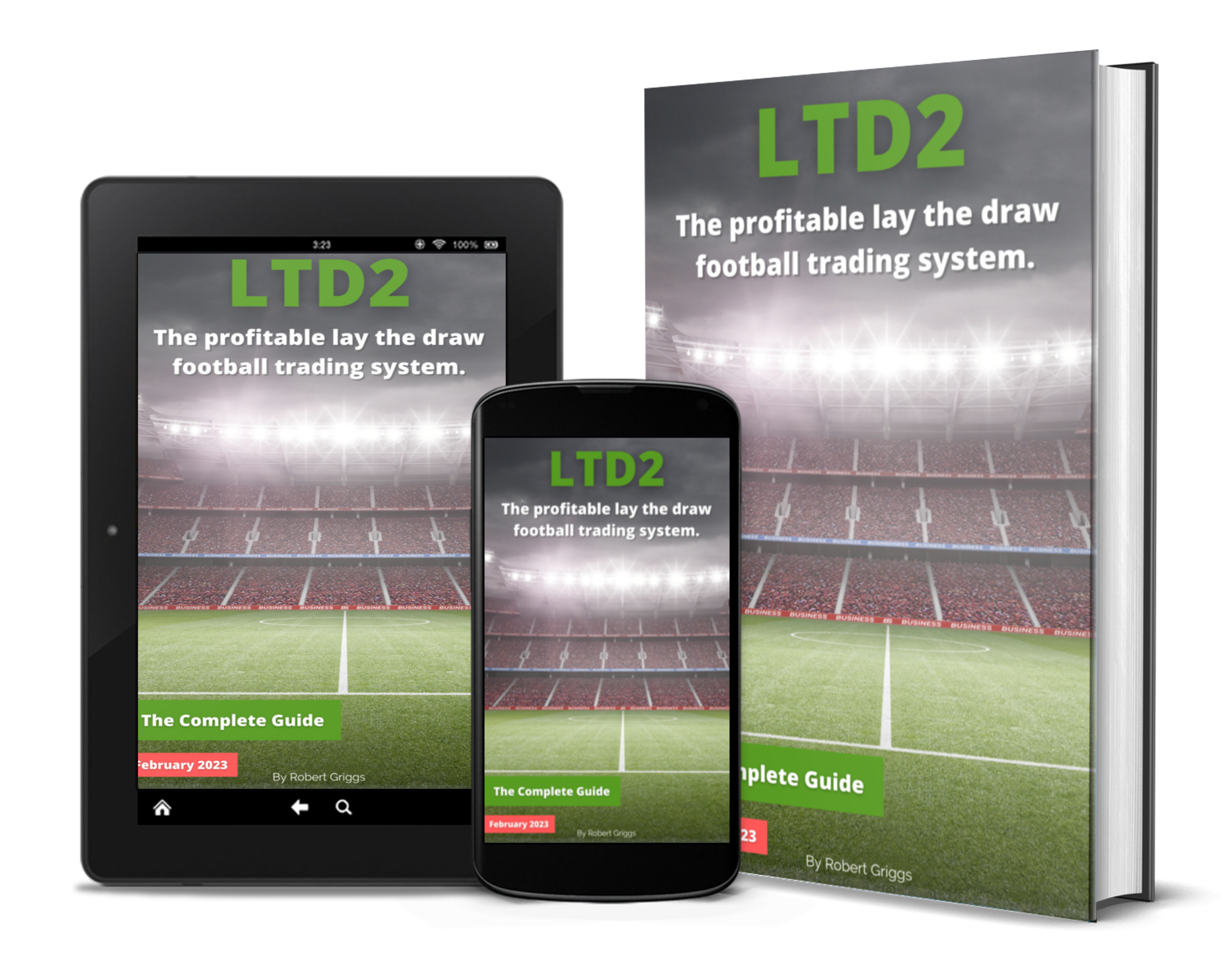 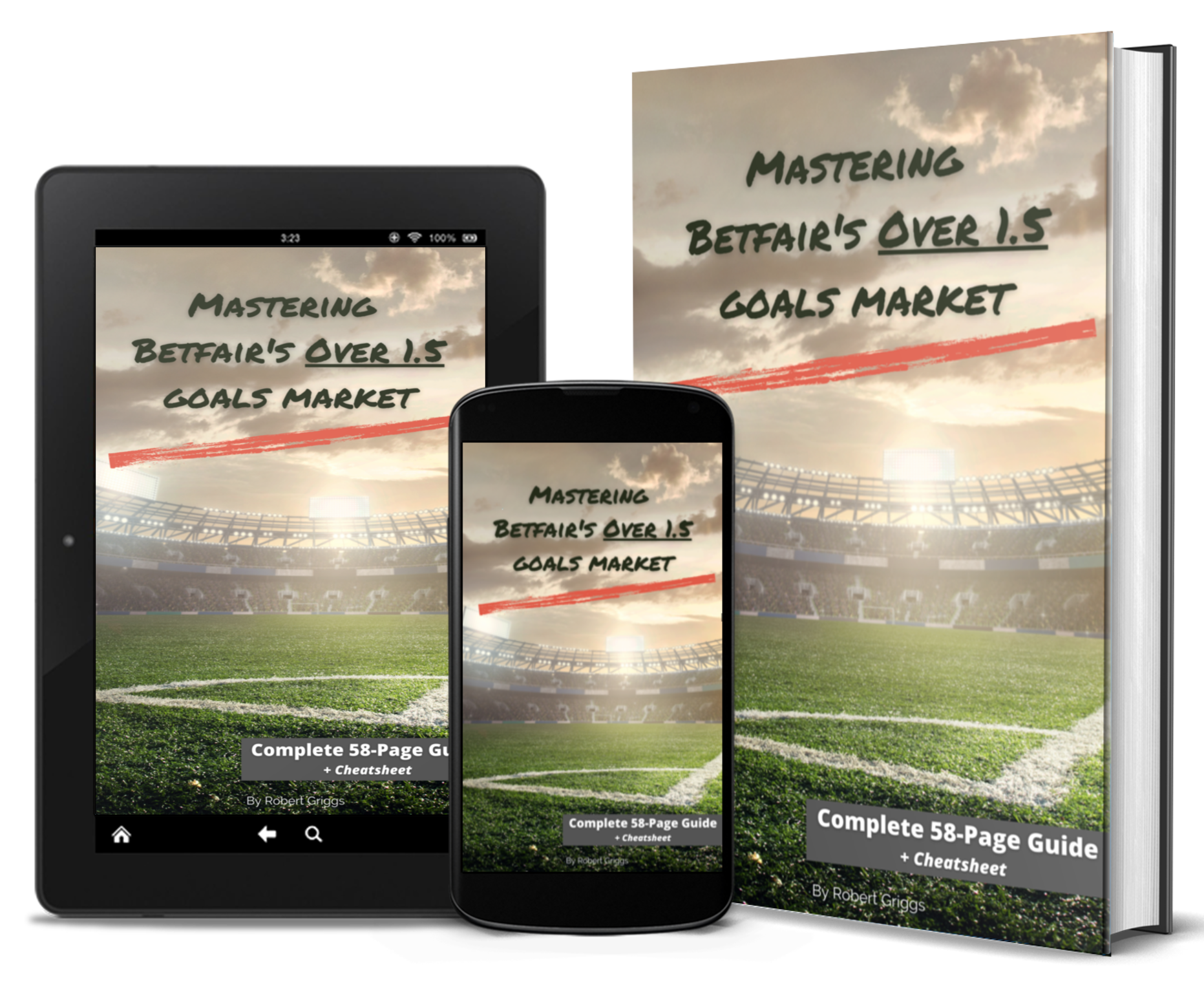 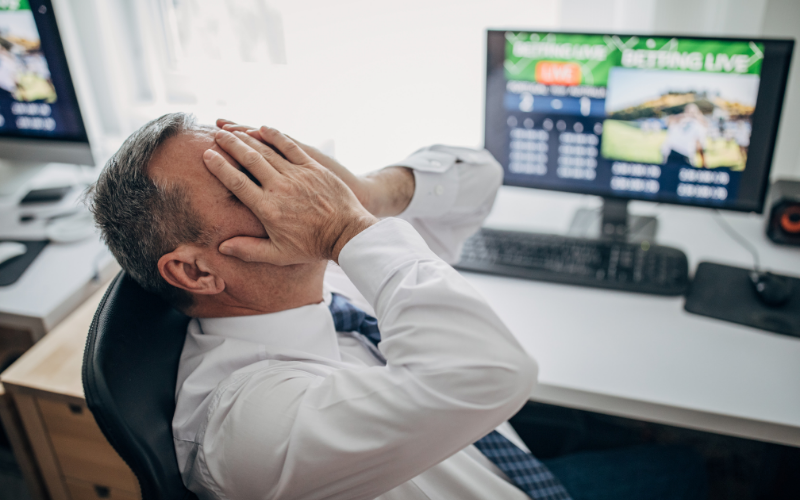 It’s a well-known fact that around 95% of football traders lose long term.

I’m sure you will agree that this number is extremely high.

But have you ever thought about why this is?

I mean, it can’t be that 95% of traders are incapable of finding winning trades.

I don’t think so. We all have the knowledge and the tools at our disposal to find our fair share of winners.

END_OF_DOCUMENT_TOKEN_TO_BE_REPLACED

Since August, I’ve traded 395 matches as a part of my 5K Challenge.

With the winter leagues now done and dusted for the next few months, I thought it would be a good time to review my trades since August and see if I can gain any kind of insight.

Before I speak about all of the different stats and the conclusions I’ve come to, I first wanted to mention the main one which I really wanted to get a greater insight on.

END_OF_DOCUMENT_TOKEN_TO_BE_REPLACED

As a result of my bank growth, I am now using stakes with a maximum liability of £13, which is 2% of my current bank.

END_OF_DOCUMENT_TOKEN_TO_BE_REPLACED 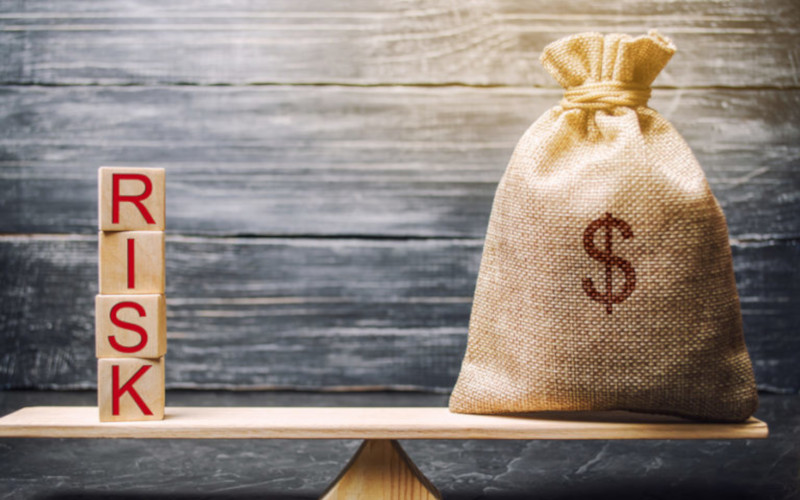 In this post, I want to just take a moment to highlight an important aspect to trading football matches, which is how to maximise the value that we are getting.

If you follow me with my 5K Challenge you will know that I usually enter my trades by dripping my stakes after around 10 or 15 minutes.

The timing of my entry and the size stakes I use will very much depend on how the game is progressing and whether goals look likely.

END_OF_DOCUMENT_TOKEN_TO_BE_REPLACED

Although I use £10 stakes, they are not always fully matched as I drip my stakes in. If there is an early goal, I may only be partly matched on the full £10.

END_OF_DOCUMENT_TOKEN_TO_BE_REPLACED

I’ve now activated my new Telegram channel so that you can be alerted to any 5K Challenge or Lay the Draw selections that I post to the site.

With so many of us now using smartphones, it makes sense to use Telegram.

You can also install the Telegram app to both mobile or desktop platforms.

My channel can be found here https://t.me/myfootytrading

END_OF_DOCUMENT_TOKEN_TO_BE_REPLACED

I’m always researching how to make more money from my Betfair football trading and constantly thinking about the many aspects of pre-game analysis which may help develop a more robust and profitable football trading system.

I recently acquired a new book from our tax-dodging friends at Amazon titled “Data-Driven Football Predictions“, “Constructing The Perfect Over 2.5 Goals Betting Strategy For The English Premier League” – by Martin Chamberlain.

Although I will most likely do a full review of the book shortly, I wanted to mention the main crux of the system in this post which is the head to head or H2H stats and trends of the previous meetings between two teams.

END_OF_DOCUMENT_TOKEN_TO_BE_REPLACED 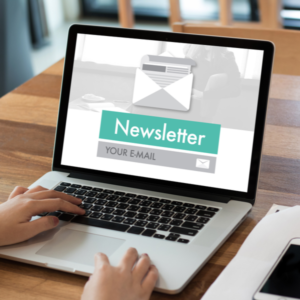 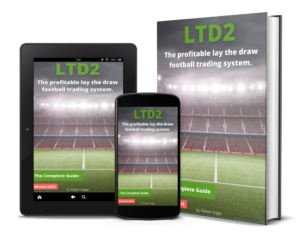